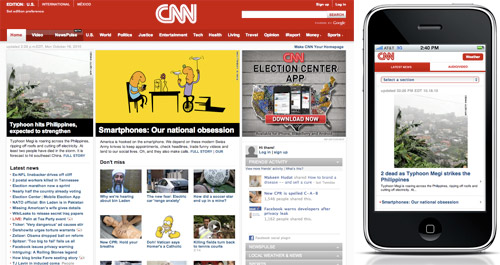 If you’re a WordPress website admin who is starting to feel some heat over Google’s mobile-first index and how search engine rankings will be affected as a result, you’re not alone. Webmasters and SEOs are scrambling to transform antiquated websites into more mobile-responsive versions.

But before making any major changes, it makes sense to know what you’re up against with Google’s mobile-first index and the changes it brings to ranking on the search engine results page (SERP) for your desired keywords.

What is Google’s Mobile-First Index?

In November 2016, Google announced its mobile-first indexing system, which first takes into account a website’s mobile page before its desktop page when ranking the site in search. Though the full force of Google’s mobile-first indexing is yet to be seen, the change was perpetuated due to an increasing number of searches happening on mobile devices over desktop.

According to web analytics firm Statcounter, mobile and tablet browsing has risen to 51.3% of all web browsing instances versus desktop’s 48.7%. Up until this point, page ranking depended completely on the desktop version of a website. It seems fair to assume that this number will only continue to grow and Google is keeping adapting its search indexing accordingly.

Google has initiated various experiments to parse through the content, links and structured data of the mobile version of your site – if one is available. Rumor has it that Google’s search index will be split into two: a mobile version and a secondary desktop search, which will receive less regular updating than Google’s mobile index.

It has also been confirmed that single indexing is here to stay, but in the near future, it may be solely based on the mobile version of a website. If there is no mobile/responsive version of your website (or a client’s), search engine rankings will be affected. Expect to see a lot of shifting from those at the top of the SERP now, and those who take over when Google’s mobile-first index is completely in place.

SEOs are chiming in that this change is a logical next step for Google and will push companies to create responsive websites instead of separate mobile and desktop version of a website. This past tactic of maintaining two separate websites is notorious for causing headaches more so than being a useful way to serve content to mobile visitors. Though Google currently has two separate indexes and treats them as equals, mobile will become the primary index and the one to optimize for.

According to Google: “Our search index will continue to be a single index of websites and apps, our algorithms will eventually primarily use the mobile version of a site’s content to rank pages from that site.”

Now that you have a fair understanding of Google’s mobile-first index, here’s how site admins can prepare:

How to Prepare for Your WordPress Website for Mobile-First

Let’s start with the good news first: if you have a responsive website or a dynamic serving site where content is the same across mobile or desktop, you likely won’t have to change much of anything. That said, there’s still at least one step you should take to help your websites in the era of Google’s mobile-first index. If you are a site admin or owner that has only verified a desktop site on Search Console, make sure that you also add and verify the mobile version of your website.

If you only have a desktop website and don’t plan on making a mobile-responsive version of that website, Google will still index your site using a mobile agent. On that note, if you only have a desktop site, Google will still index it, but instead look at it through the eyes of a mobile user. If site configuration is different across mobile or desktop, consider changes to the site, as detailed below.

Make sure that both your desktop and mobile site serve structured markup. To check equivalence between the two, use a structured data testing tool to compare the URLs of both sites. When adding data to the mobile site, avoid adding large amounts of markup that aren’t relevant.

Detailed structured markup can help Google index your site and there are many tools and best practices for implementing it, but adding irrelevant data can confuse the Google algorithm and produce skewed results. Google has a set of guidelines to follow, and you will likely incur penalties if you practice shady structured markup tactics. After all, trying to trick Google is not unlike other black hat SEO efforts that can cause a manual penalty or total deindexation.

When comparing mobile versus desktop versions of your website, make sure to use the robots.txt testing tool to check if the mobile version is accessible to Google’s bots.

If your website is not optimized for mobile through responsive design (or a completely separate mobile version), you’ll want to start planning for some major changes. For site admins, this may be an upsell opportunity where you can use Google’s announcement as an opening point to the conversation. If clients aren’t ready to make changes yet, follow up with them in a few months with data on how their SERP rankings are being affected by non-action.

In the past, many companies created both a desktop and mobile version of their websites. Though this was a critical step in encouraging consumers to use their phones to seek information and shop, it ultimately resulted in inefficiencies. Whenever the desktop version of a website needed to be changed, it was also necessary to duplicate efforts and change content on the mobile version as well.

The following include other basic considerations for mobile optimized websites:

Besides making sure your mobile website is optimized, make sure the other technical pieces of your website are up to par.

Our in-depth guide to improving site load speed gives a lot of detail regarding specific tactics, but here are a few critical elements to consider for Google’s mobile-first index:

Local businesses have much to gain from Google’s mobile-first indexing. According to Google, 50% of consumers who conducted a local search on their smartphone visited a store within a day, and 34 percent who searched on a computer/tablet did the same.

Make sure that any local businesses you manage follow local SEO best practices, such as:

Google’s mobile-first indexing shouldn’t be cause for panic, but instead should serve as an opportunity to make sure that the websites you manage are mobile friendly. If they aren’t, it serves as an opener to talk with your clients about building a new mobile friendly WordPress website or implementing a responsive retrofit. Don’t wait until search rankings are affected – the time to act is now!