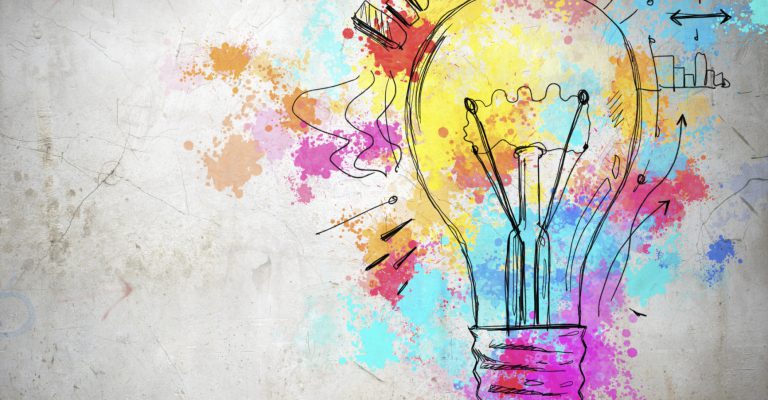 A Driver’s License Can be Revoked for the Elderly, but Artistic License? Never.

For creatives, the retirement age of 65 is merely a mile marker, not the end, of their life’s ride. Here four old souls, ages 67 to 101, discuss why they continue to hone their craft with no end in sight. Why? “There is an immortality to being creative,” says one.

Original Article Published on 99U By Richard Morgan

She was due for retirement. Try telling her that.

Louise Fili, the designer behind logos for Tiffany & Co., Good Housekeeping, Paperless Post, and Sarabeth’s was, as always, a font of great ideas. “I think you should be focusing on the great octogenarians out there — Seymour Chwast, George Lois, Ed Sorel, R.O. Blechman, Bob Gill, Henrietta Condak, Sara Giovanitti…there are so many,” she said in her graceful decline to be a part of this story. “I will be happy to participate when you update the article in, say, 20 years.” Fili is 65, the touchstone — albeit arbitrary — retirement age. Time will tell. But that’s an offer she can make confidently.

Artists exist in careers without reply-all emails about the break room fridge, or dress codes, or — and most importantly — without punch clocks. They are timeless talents.

In 1972, at 90 years old, Pablo Picasso painted “Facing Death,” a self-portrait; he died the next year, having painted since 1891, when he was 9. I.M. Pei, the architect, is set to turn 100 this year as he works on 28 projects in six countries; he’s been working since his designs first caught fire in 1949. “I know how lucky I am,” Roger Angell, then 93, wrote in The New Yorker in 2014, “and secretly tap wood, greet the day, and grab a sneaky pleasure from my survival at long odds.” He has been contributing to the august magazine since 1944, most recently about the Chicago Cubs’ World Series victory, their 108-year championship drought being one of the few things in this world that predate him.

Now 94, Norman Lear is rebooting his 1975 sitcom classic One Day at a Time for Netflix, a Latina spin anchored by Rita Moreno, the 85-year-old EGOT superstar, who plays a 73-year-old sexualized grandmother. Hayao Miyazaki, the anime demigod, has come out of retirement to turn a 12-minute short film titled into a feature-length project, as you do at 76 years old.

There is an element to vocation beyond Western raison d’être, the French “reason for being” mired in Enlightenment sensibilities, that approaches the looser Japanese concept of ikigai, which can be translated as “a reason to get up in the morning” but was best described in a 1990 article in the Japanese business publication The Nikkei (formerly The Nihon Kaizai Shinbun) as “the process of allowing the self’s possibilities to bloom.” That process is itself a craft. Sorry, Tim Ferriss, there is no Four-Hour Ikigai.

“To create is to live twice.”

“It’s not about doing something well over and over. It’s about doing something new over and over,” said Ivan Chermayeff, the 84-year-old graphic designer behind iconic logos for Barneys, Mobil, National Geographic, NBC, and the Smithsonian. “People who want to retire want to do other things. Travel. Plant a garden. I don’t. I’ve been doing those things every day my whole life. It’s a good racket,” he added from his office, with Wally, his Australian labradoodle barking in agreement at his feet.

Chermayeff noted the physical costs of activity outweigh the mental and emotional costs of lethargy. “I have a bad knee but thankfully it has very little bearing on graphic design abilities,” he said.

“I was a professor, a teacher. I just stayed in offices. It was awful,” said the prolific architect Daniel Libeskind, 70. “I have lived in reverse, my active period coming after the introspective, reflective period. With architecture, I fell into a new dimension. I made my first building when I was 52! Instead of withering me, time gave me a sense of flowering, of growing. To be honest, I don’t think of aging. There is an immortality to being creative. You are like God, who is the poetic symbol of creation, the poetry of creativity. As your work continues, you become younger. You discover youthfulness — braver, bolder, more confident, more adventurous. You discover possibilities.”

Not that it’s easy. “You have to make a conscious decision early on that the suburbs and its finished basements aren’t for you. I had an illegal apartment for ten years, 1971 to 1981, $50 a month in a garret at 55th and 7th. I paid another $50 a month for a work space. So I was free,” said Larry Hama, 67, the comics superhero who single-handedly revived the series G.I. Joe and Wolverine, among other feats. “I’ve had years without any work. But I still did what I wanted. The only difference is I got paid during the working years, which was nice, but it wasn’t the reason I worked.”

There are, of course, life hacks to this Fountain of Youth.

For Libeskind, it is thermodynamics: A body in motion stays in motion. “I’ve lived in 18 cities,” he said. “Sometimes without knowing the language. Sometimes without having a job. Warsaw, Berlin, New York, São Paolo, Milan. They contribute so much energy to your mind. I’ve never been one for the beach or solitary walks in the woods.”

For Jonas Mekas, 94, the filmmaker who founded Film Culture magazine in 1954 and what would become the Anthology Film Archives in the 1960s, it is cultivating prickliness — not antisocial, just countersocial. “I was an urchin, a sea urchin, covered in spikes. Society could not swallow me. I did not fall into its holes. And those of us who escape enjoy a camaraderie. We don’t have to talk or get together. But we show other people what life is. We lure them into life with the things we make,” he said.

“You want what? That I go to the beach? I hate the beach. For one thing, it’s hard to get an espresso at the beach. And what is there? Ugly, grotesque people indulging their laziness while they cook and bake in the sun like slugs. That is joy? That is freedom? I don’t blame them for retiring at 65 because they have lived as robots in mechanical, menial, tedious tasks. They deserve a few years trying to feel human after all of that. They took my humanity and my youth in the camps. I was 17 in Lithuania and the next day, on the other end of the war, I was 27 in Brooklyn. I will never lose my youth again. I’ve worked too hard all my life to be this young,” Mekas says.

For abstract artist Carmen Herrera, as she puts it, “my bus was slow in coming.” She first sold her paintings in 2004, when she was 89. But what a ride it has been since then. Last year, at 101 years old, she had her first museum retrospective, at the Whitney Museum of American Art. Her secret is her stealthiness. “I was liberated by being ignored,” she said. “I was free to do as I wish.” Not to suggest too much whimsy; asked her morning routine, she laid out her breakfast: “Cafe con leche, toast, butter and jam, orange juice, and work.” And work. As if it were a chewy bagel or bowl of porridge. She devours it. And it nourishes her. But at her own pace. She takes all week to read the Sunday New York Times, favoring the alchemy of its stories over the checklist of the task. Asked what advice she would give youngsters — y’know, people with mere double-digit ages — she spoke in her native Cuban Spanish: “Patience, darling, patience.”

For Hama, it was saying yes. “Whenever the train got into the station, I got on board. And wherever it took me, when I got there I didn’t want the guided tour,” he said. “I was in an elevator in 1974 and a woman asked me if I was an actor. I said no and she asked ‘Do you want to be?’ And later that day I was in an off-Broadway production of Moby Dick put together by the starlet Jean Sullivan. I was on M*A*S*H and Saturday Night Live. They needed guys and I raised my hand.”

How do you retire from saying yes? “I can’t imagine retiring, and I have a great imagination,” he said. “If I go to the beach and try that, after an hour or so I just feel inert. Life is for action. Wander. Wonder. Surprise yourself. That’s the only adventure. You can’t win the lottery if you don’t buy a ticket. I’ve done, I think, 239 issues of G.I. Joe and never ended with a coming attractions of the next issue because I never knew. I don’t know what’s on page three until I’m halfway through writing page two. And I guess I’ve lived my life like that, too,” Hama says.

“Life is for action. Wander. Wonder. Surprise yourself. That’s the only adventure.”

When he was a child, Mekas’ home would be visited by an old man who climbed his roof and stood on his head on the chimney. He was 100 years old and his upside-downness had a profound impact on Mekas.

“You’re asking all the wrong questions. You’re asking why I’m active at 94. But why are people living like they are already dead at 60? Or 40? Even 30?” he said. “I am not the abnormal one. I am normal. I am alive. This is life. They are the abnormal ones. They just don’t see it because they happen to be the majority, sadly. They believe in patterns that suck out their energy — ads and transactions and labels and paperwork and technology that all tell them they are not enough, that they are behind, that they are lacking. What is retirement or even vacation except a stupid trap built to justify the first trap of this draining existence? I reject it! Instead I choose art! Art and the avant garde is the difference between making a life and mirroring one.”

» Best Practices » A Driver’s License Can be Revoked...